Modern shopping centres across Africa began to boom in the last decade, signifying the growing middle class across the continent and its increased spending power. Malls are becoming a growing phenomenon in urban cities, with South African giant retailers such as Shoprite and Game, as well as French retailer, Carrefour, being the go-to giant retailers in the growing consumer market. Top notch markets and shopping malls in Africa are being build everywhere.

According to a study done by McKinsey, Africa’s spending power will be over $1 trillion by 2020, up from over $800 billion in 2008 as major African cities continue to experience rapid urbanization.

If you want to enjoy some retail therapy across the continent, the below markets and shopping malls in Africa are the ones to visit. 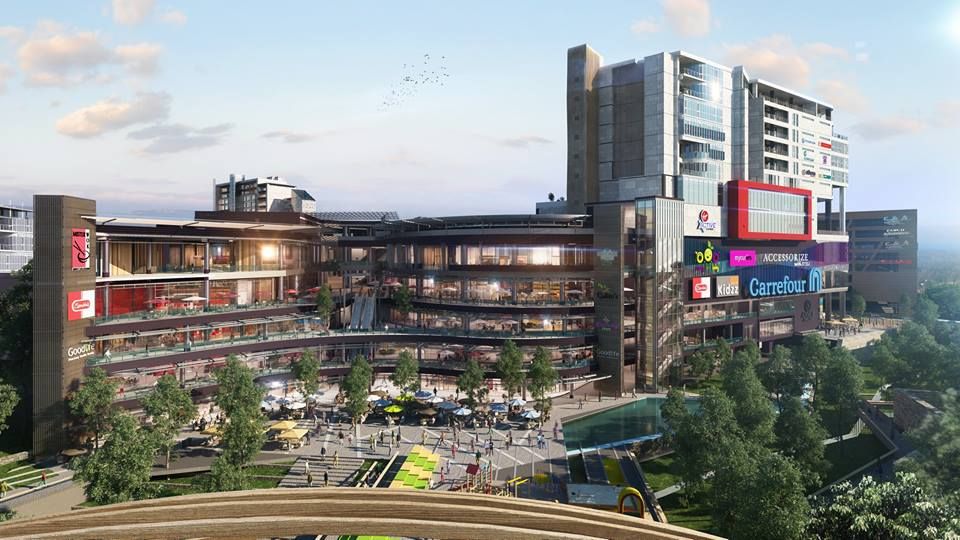 The mall opened in February 2017, and was a $10 million project partly owned by the investment company, Centum.

The Gateway Theatre of Shopping, located in Umhlanga Rocks in the KwaZulu-Natal Province in South Africa, is the largest mall in the Southern Hemisphere and on the continent, covering 220,000 square metres with over 390 stores and 70 eateries.

Gateway Theatre of Shopping opened in 2001, and has a wide array of South African and international fashion brands like Mr. Price, Zara, and Forever New. The mall features an 18-cinema Ster Kinekor complex, IMAX Theatre, as well as entertainment such as the Tony Hawk Skate Park which features a near-vertical ramp and two concrete bowls, as well as the Wave House, which is used by local surfers, body-boarders and, wake-boarders to have fun in the water while honing their surfing skills. The mall also has a hotel – The Gateway Hotel, making it easy for visitors to enjoy all the amenities of the mall complex, and all that 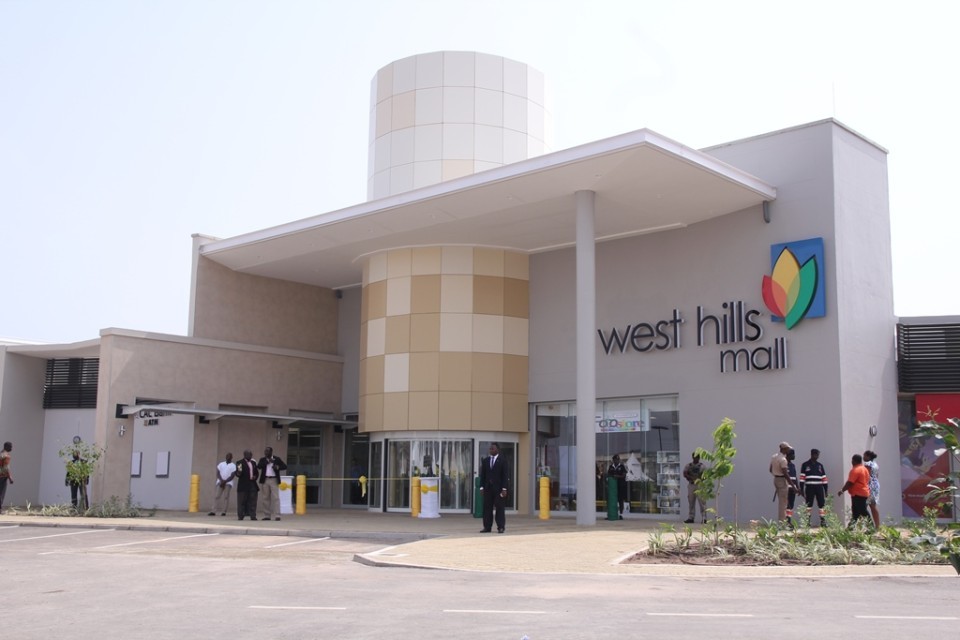 The West Hills Mall, located about 30 minutes outside of the Accra CBD in Ghana, is one of the largest malls in West Africa. West Hills Mall covers 23 acres (over 93,000 square metres) and has a great blend of local Ghanaian and South African, as well as international brands, with major stores being Shoprite, Edgars, and Palace. The mall also has a large entertainment and recreational gallery that can host open-air concerts and theatre shows. The West Hills Mall opened in 2014, and it was a $93 million project by Delico Property Investments, Social Security, and National Insurance Trust.

The Mall of Arabia is one of the largest malls in Egypt. It is located in Cairo, and has over 900 stores including popular brands such as Zara, Mango, and LC Waikiki, as well as a wide variety of restaurants and coffee shops, along with the hypermarket, Spinny’s. It is home to Egypt’s first dancing fountain that displays a show of sound and light in the evening until 11 p.m.

The Mall of Arabia is so big that you’ll need a couple of days to see it in its entirety. Popular days to visit the mall include Fridays and Saturdays. Game City Mall is the biggest and busiest mall in Botswana, located in the country’s capital, Gaborone. Game City Mall covers over 50,000 square metres, and has been operational since 2003. The mall has a variety of specialty stores, fashion stores and restaurants, including popular clothing retailer, Edgars, Levi’s, and Nike, along with the large department store, Game. Restaurants include popular franchises KFC, Chicken Licken, and Nandos. 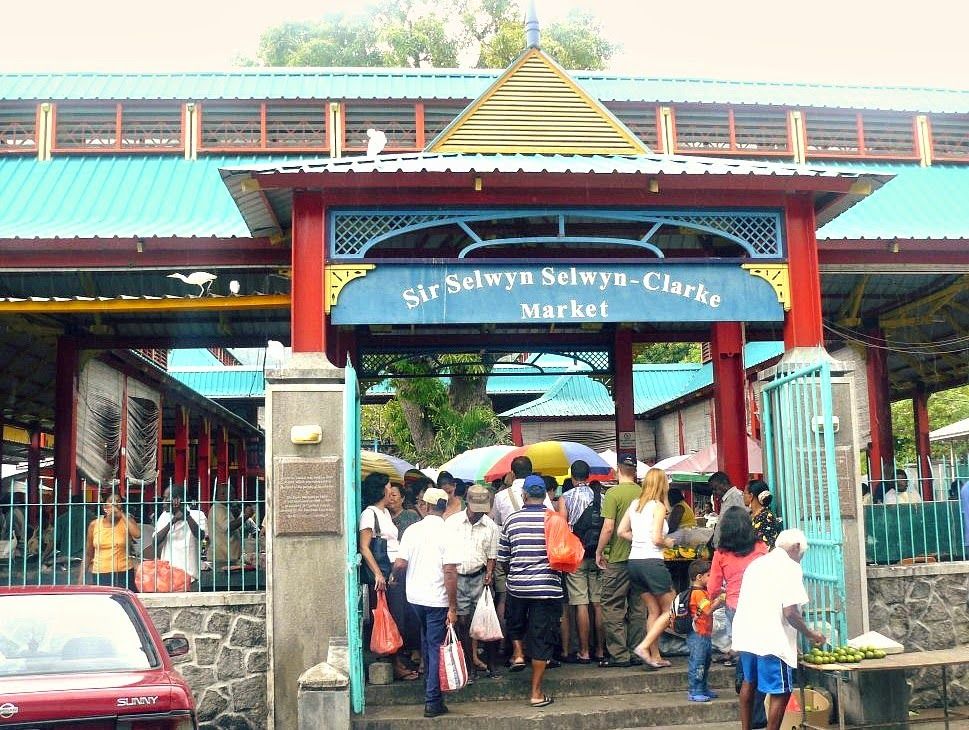 The Sir Selwyn Selwyn-Clarke Market in the Seychelles is not only a top tourist attraction for the island nation, but also the best market on the island to shop for fresh fruit, vegetables, spices, and fish. Located in the capital city of Victoria in Mahé, the market was built in 1840 and underwent renovation in 1999.  The market remains the top spot for shopping not only for food, but also for souvenirs, art, and clothing, as well as for enjoying Seychellois cuisine at the various eateries available.

The Sir Selwyn Selwyn-Clarke Market is open every day of the week; however, Saturdays are bustling with activity, which makes Saturdays the best day to visit or to go shopping. The Novare Lekki Mall, located in Lagos, Nigeria, is the biggest mall in Africa’s most populous city. The mall opened in August 2016 to cater to the rapidly urbanizing district of Lekki. It was an $83 million project by Novare Real Estate Africa and spans 22,000 square metres. Anchor stores include Shoprite and Game. Other signature stores include Nike, Swatch, and Levi’s. The mall also offers a cinema, an entertainment centre, and event-hosting capabilities. Dantokpa Market, also known as Tokpa, is the largest open-air market in West Africa. It is located by a lagoon in the city of Cotonou in Benin and covers over 80,000 square metres. The market is quite busy, with lots of stalls, people, taxis and bicycles, so be prepared to spend a lot of time going through the market to do your shopping.

You can find everything from fresh produce, Ankara cloth, cosmetics, and gas at the market. The market also sells goods used in religious rituals, such as animal cloth, bones, candles, and herbs. Store owners are always willing to negotiate prices, so make sure to take any bargaining opportunities you may find. Addis Mercato is the largest open-air market in Africa, located in Ethiopia’s capital, Addis Ababa. You can find anything at this market, including Ethiopian spices, fresh produce, cloth, gas, and off course, you can find coffee and jebenas, which are used to brew traditional Ethiopian coffee.

The market is bustling with many people and transportation including animals, so a shopping spree at the market requires a lot of time. Interesting products you’ll find at Addis Mercato include sandals made out of recycled tyres and coffee pots made from old Italian olive tins. 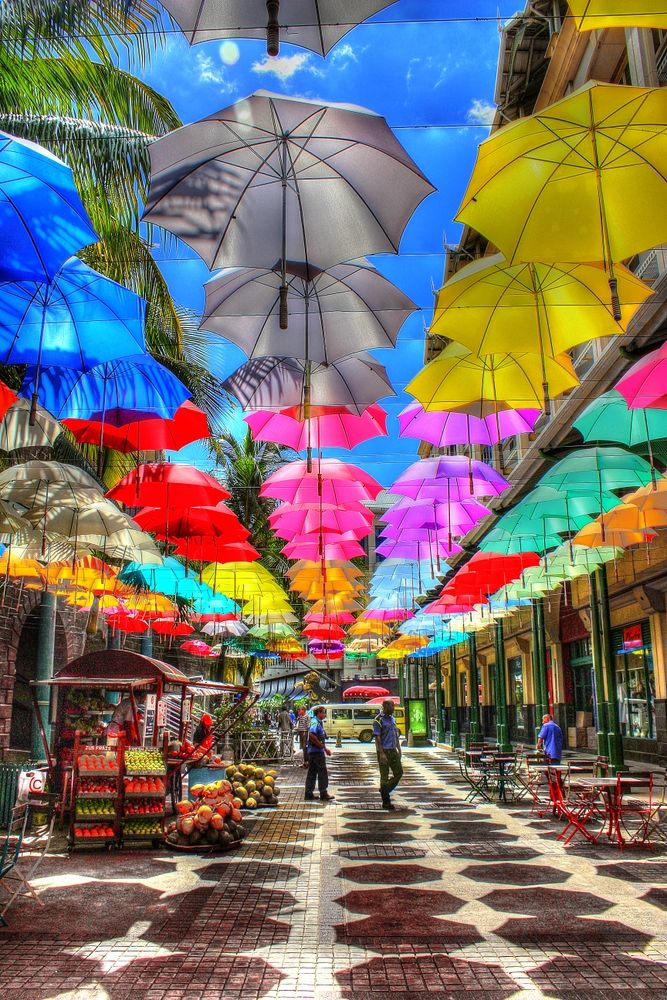 Le Caudan Waterfront is one of the top commercial and entertainment centres of Mauritius. Located in the island nation’s capital, Port Louis, Le Caudan Waterfront sits next to the main market of the city, Port Louis Main Bazaar, which is a waterfront shopper’s paradise with about 170 boutiques to choose from, as well as a casino, cinema, and the Blue Penny Museum, which houses the island’s history. The luxurious hotel, Le Labourdonnais, and the business and leisure travel hotel, Le Suffren & Marina, are located next to the waterfront, making it convenient for visitors to enjoy the mall and the capital city.